Skip to Content
Home Op-Ed Blacks for Trump: Fake or real?
by 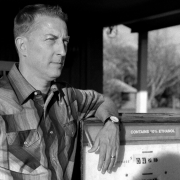 One of the big questions surrounding this election is whether black voters will support Biden or whether there’s any truth to the “blacks-for-Trump” narrative.

Some claim that blacks are a monolithic voting block in support of Democrats. But if recent trends are accurate, not only are black voters not a shoe-in for Biden, but also black support for Trump is as internally varied as is white support for Biden.

Of course, I must admit up front my biases and amateur status with the topic:

Therefore, I’d like to offer the following analysis, opinionated and biased as it may be, and forecast that black voters will be one of three key groups swinging the election in Trump’s favor.

(The other two, I would argue, are Independent or Democrat voters living in major cities — especially in cities like New York, where there is demonstrable disgust with Democrats at all levels — and voters associated with law enforcement and the military.)

I’ll mention only in passing fake pro-Trump social media accounts, because they are so easily fabricated to be meaningless. This Washington Post article notes that many of the fake accounts even have the same tagline.

What’s more interesting to me is to see verified black supporters of Trump and those in favor of some of his policies and how different these supporters are from one another.

Each in their own way seems like an anomaly, an outlier. But how many anomalies are we willing to accept before we see a pattern in the data?

As I outlined in this recent post, very different kinds of black individuals are backing Trump.

We white people can easily overlook this: we see blacks as a monolithic group in behavior and attitude. And I’d go a step further: watch how many white conservatives — and I am a registered Independent, by the way — will let black Trump supporters speak for themselves, as I do below — versus white progressives, who often speak for blacks with a certain patronizing urgency.

In other words, white progressives will often say, as if speaking truth, “Trump hurts blacks because of ____” and then outline the policies, data, and polling they read or see, some of which is most certainly biased or incomplete. White conservatives, on the other hand, will often say, “Listen: here’s what black voters themselves say about Trump.”

So let’s take a look at what some black voters say about Trump.

I’ve found from following black Trump supporters that they are as varied in the reasons for their support as are white supporters of Biden. Most of them would likely not be found at the same cocktail or tailgate parties.

Ice Cube has shattered the myth of “the black vote.”

In sum, consider other Trump-supporting black Americans you wouldn’t necessarily find at the same cocktail or tailgate party: Candace Owens, Christian Walker, the two ladies of Diamond and Silk and — need we mention? — Kanye, who once backed Trump and now apparently doesn’t.

The “black vote” is neither a monolithic block for the Democrats nor monolithic within its support of President Trump. If there’s a “pattern” here, it’s that black support of Trump is a loose patchwork of differing views, arguably more so than white support. Some are die-hard (Hodge Twins, Diamond and Silk), others are flip-flop (Kanye), others are cautionary (Sowell) and still others (Ice Cube) seek common cause with whoever can deliver the goods.